· Formation and expansion of gases: Some gases are already present in the dough as in the case of fermented bread dough and in sponge cake batter. As they are heated, the gases expand and leaven the product. Some gases are not formed until heat is applied. Yeast and baking powder form gases rapidly when first placed in the oven. Steam is also formed as moisture in the dough is heated.

·Coagulation of protein: Like all proteins, gluten and egg proteins coagulate when they reach high temperature. It is this process that gives structure to baked goods. Correct baking temperature is very important. If it is too high coagulation will start too soon before the expansion of gases and hence the product will have poor volume.

·Evaporation of some of the water: This takes place throughout the baking process.

·Melting of shortening or fat: Different shortenings melt and release trapped gases at different temperatures, so the proper shortening should be selected for each product. As the fat melts they surround the air cells and make the product tender.

·Browning of the surface and crust formation: Browning occurs when sugar caramelises and starches and proteins undergo certain changes. This contributes to flavour and crust is formed as water evaporates from the surface and leaves it dry.
·Staling: Staling is change in texture and aroma of baked goods due to the change in structure and loss of moisture by starch granules. Stale baked goods loose their fresh, baked aroma and are firmer, drier and more crumbly than fresh products. Prevention of staling is the major concern of the baker because most baked goods begin to lose quality as soon as they are taken out of the oven. There are two factors involved:
·Loss of moisture or drying: When a slice of fresh bread is left exposed to air it soon becomes dry to touch.
·Chemical change in the structure of starch: This means that even a well-wrapped loaf of bread will eventually stale. Chemical staling is very rapid at refrigerator temperature, but it nearly stops at freezing temperature. Thus, bread should not be stored in the refrigerator. It should be left at room temperature for short-term storage or frozen for long term storage. Chemical staling, if it is not too great, can be practically reversed by heating breads.

Placing them briefly in an oven frequently refreshes muffins and coffeecakes. However, this also results in more loss of moisture, so the item should be reheated only just before serving. Loss of crispness is caused by absorption of moisture, so in a sense it is the opposite of staling. The crusts of hard crusted breads absorb moisture from the crumb and become soft and leathery. Re-heating these products to refresh them not only reverses the chemical staling of the crumb, but also re-crisps the crust. The problem is usually solved by proper storage in airtight vacuum containers to protect the product from moisture in the air. Pre-baked pie shells should be filled as close to service time as possible.

In addition to refreshing baked goods in an oven, three main techniques are used to slow staling.

1)Protecting the product from air i.e. well wrapped loaf and cookies, covering cake with icing that is thick and rich in fat.
2)Adding moisture retainers to the formula. Fat and sugar are good moisture retainers, so products high in these ingredients keep best. Some of the best French bread has no fat at all, so it must be served within an hour of baking, or it will begin to stale. Bakers often add a minimal amount of fat and sugar to the formula to help keep them longer.
3)Freezing baked products before they become stale maintains quality for longer periods. For best results freeze soon after baking and maintain a temperature of below 0ºC until ready to reheat. Frozen bread may be reheated for excellent results if it is to be served immediately. 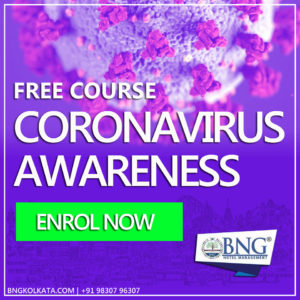