Computer software or simply software is any set of machine-readable instructions that directs a computer’s processor to perform specific operations. Computer software’s contrasts with computer hardware, which is the physical component of computers. Computer hardware and software’s require each other and neither can be realistically used without the other. Using a musical analogy, hardware is like a musical instrument and softwar e is like the notes played on that instrument.

Read more about Use of Computers in Hotel Industry ..here

Based on the goal, hotel computer software can be divided into: 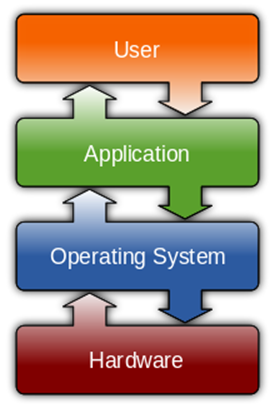 1. Application softwar e: which uses the computer system to perform special functions or provide entertainment functions beyond the basic operation of the computer itself. There are many different types of application soft ware, because the range of tasks that can be performed with a modern computer is so large – see list of soft ware’s.

2. System software: which is designed to directly operate the computer hardware, to provide basic functionality needed by users and other soft ware’s, and to provide a platform for running application soft ware’s.

3. Malicious soft ware or malware: which are computer programs developed to harm and disrupt computers. As such, malware is undesirable. Malware is closely associated with computer-related crimes, though some malicious programs may have been designed as practical jokes.