Food Safety and Hygiene are various conditions & measures which are always necessary to ensure safety of various food and beverage items from production to consumption by hotel guests. Food & beverages served in hotels and restaurants can become contaminated at any point of time during slaughtering in butchery or harvesting in fields, or during processing them in factory, or even at the storage, sometimes during distribution, or even transportation and preparing them anywhere in unhygienic way. Lack of adequate food and beverage hygiene knowledge or lack of hygiene knowledge among hospitality employees can lead to foodborne diseases and even death of the guest.

SANITATION for Food Safety and Hygiene

Bacteria multiply by splitting in half. Under ideal conditions for growth, they can double in number every 15 to 30 minutes. This means that one single bacterium could multiply to a million in less than 6 hours.

Foods can become contaminated by any of the following means: hands/coughs and sneezes/ other foods/ equipment and utensils/ air/ insects/ rats and mice.

The three basic principles of food protection against bacteria for Food Safety and Hygiene are:

Don’t let food touch anything that may contain disease – producing bacteria and protect food from bacteria in the air.

The most effective way to prevent bacterial growth in the kitchen is to keep foods below 7°C/45°F or above 60°C/140°F. These temperatures won’t necessarily kill bacteria, they’ll just slow down their growth greatly.

Most disease causing bacteria are killed if they are subjected to a temperature of 77°C/170°F for 30 seconds or higher temperatures of shorter times. This enables to make food safe by cooking and to sanitize dishes and equipment. The term “sanitize” means to kill disease-causing bacteria.

Certain chemicals that kill bacteria may be used for sanitizing equipment.

There are two kinds of diseases caused by bacteria and effect Food Safety and Hygiene :

Caused by toxins produced by the bacteria “clostridium Botulisium”, attacks the nervous system and is usually fatal, even if only a small amount of poisoned food is eaten. The bacteria are anaerobic and do not grow in high – acid foods. Most outbreaks are caused by improper canning techniques. The toxin (although not the bacteria) is destroyed by boiling at 100°C/212°F for 20 minutes.

Contamination usually takes place through soil on vegetables and to the foods. It is common in home – canned low acid vegetables (very rarely in commercially canned foods)

Use only commercially canned foods. Discard without tasting any bulged or damaged cans or foods with off odours.

Caused by toxins produced in foods by the bacterium ‘Staphylococcus Aureus’, staph is usually the most common food poisoning, characterized by nausea, vomiting, stomach cramps, diarrhea, and prostration.

Always maintain good Food Safety and Hygiene and work habits. Do not handle foods if you have an illness or infection. Clean and sanitize all equipment. Keep foods below 7°C/45°F/ or above 60°C/140°F.

Causes severe illness either as an intoxication or an infection. Severe abdominal pain, nausea, vomiting, diarrhea and other symptoms result. As an infection, it causes intestinal inflammation and bloody diarrhea. While the illness normally lasts from one to three days, it can lead to long term illness in some cases.

Caused by salmonella bacteria, exhibits symptoms that are similar to those of staph poisoning though the disease may last longer. Most poultry carry this bacteria.

Nausea, cramps, stomach pain and diarrhea characterize it.   The bacteria are hard to destroy because cooking temperatures does not always kill them. Contamination usually occurs through soil, fresh meats and humans. Meats and poultry and reheated or unrefrigerated gravies and sauces are mostly affected.

Symptoms include fever and sore throat. 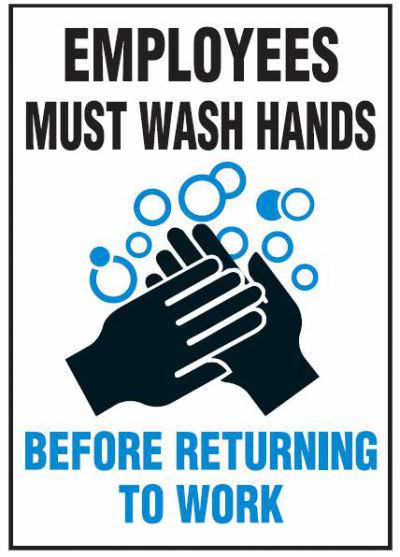 Do not handle food if you are infected. Protect displayed food (salad bars, pastry carts, etc) from customer’s sneezes and coughs.

This is a severe disease that can last for many months. It is caused by a virus.

Maintain good health and hygiene and use only certified shellfish from safe waters. This way you can always ensure Food Safety and Hygiene also.

It is often mistaken for the flu at first, but can last for a year or more. It is caused by a tiny worm that becomes unbedded in the muscles.

Pork products should be cooked to an internal temperature of at least 65°C/150°F. To be on the safe side, many authorities recommend 74°C/165°F.

Except for lead poisoning, the following diseases show their symptoms very quickly, usually within less than 30 minutes of eating the poisoned food. To prevent these diseases, do not use the material’s that cause them.

Personal Hygiene is also important for Food Safety and Hygiene

Maintain your Hygiene and grooming learn how employees of Hotel Housekeeping maintain themselves.

1 thought on “Food Safety and Hygiene”